Why are treatments that were developed for malaria now used for lupus?

Most physicians with experience in lupus agree that antimalarial treatments such as hydroxychloroquine (Plaquenil), chloroquine (Aralen) or quinicrine (Atabrine) should be used long-term, year-after-year, in all lupus patients who can tolerate them. Why?

Malaria is caused by a parasite, usually found in tropical regions, that infects humans after they have been bitten by a mosquito. This parasite is transmitted directly from the saliva of the mosquito into the bloodstream of a person who has been bitten. Under the microscope a malaria parasite can actually be seen literally crawling inside of people’s red blood cells.

All cells, whether parasitic or human, must break down and recycle substances that come in from the blood stream in order to survive. Just like a malaria parasite, the specialized proteins that work for human cells are stored in little acid filled protective pouches inside the cell called lysosomes. Antimalarials go directly into these lysosomes and decrease the acid levels in there that the digestive proteins require in order to work best. In doing so, antimalarials can really gum up some critical activities of hyperactive immune cells.

Our DNA is the blueprint for every protein in the body. Thymine is one of the building blocks of DNA and is needed to replenish new cells all over the body and to build the armies of immune cells we need to fight disease (which are the same cells that we wish would calm down a little in lupus). Chloroquine inhibits the ability of cells to take in and process thymine. This may keep immune cells from regenerating out of control.

As you can see, when you put any substance into a cell it has complicated chemical processes in place to break it down, use some of it for nutrition, recycle parts of it, and dispose of the waste. This is true whether the cell is a parasite trying to survive by eating human red blood cells, or a human cell. Human cells have a big job to do because we humans are complicated beings. We must deal with hostile invaders (bacteria, viruses, parasites), as well as the good (or bad) things that we put into our bodies on purpose, in the form of food and medicine.

Some of the breakdown products of medicines also are useful as treatments, even without giving the “parent” drug initially. Hydroxychloroquine (Plaquenil) is a breakdown product of chloroquine, and is, in fact, the most common antimalarial given to treat lupus.

How hydroxychloroquine works to fight lupus

Hydroxychloroquine has a number of effects on the immune system. Recently, hydroxychloroquine has been found to interfere in the internal communications of an immune cell, by inhibiting important proteins that recognize danger signals (either from infectious invaders or from byproducts of lupus inflammation). These proteins, which hydroxychloroquine inhibits, are called Toll-Like Receptors. When they are stimulated, the body makes a lot of a protein called type one interferon. Interferon can be very helpful if you are trying to fight off a virus, but it can cause a great deal of trouble in lupus by stimulating a vicious, self-perpetuating circle of inflammation.  By inhibiting the production of interferon just enough (but not too much) a proper balance might be found between protecting the body from lupus flares and protecting the body from viruses.

Hydroxychloroquine is probably only a weak inhibitor of Toll-Like Receptors. Some potentially stronger biologic drugs, which target the specific Toll-Like Receptors that are acting up in lupus, are currently in the early stages of being studied.

Was this resource helpful?
Sending...
Tags:
Treating lupus, Medications
About the Author 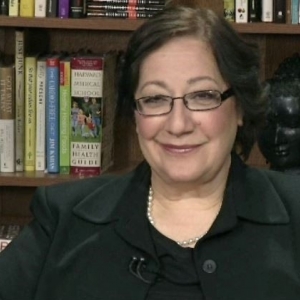 You might also be interested in
from the National Resource Center on Lupus
Medications used to treat lupus
Article
What you need to know about Saphnelo™
Q & A
Hydroxychloroquine (Plaquenil) and Coronavirus (COVID-19) Questions and Answers
Q & A
Benlysta: What you need to know
Article
See all articles about medications
Need to talk to someone?