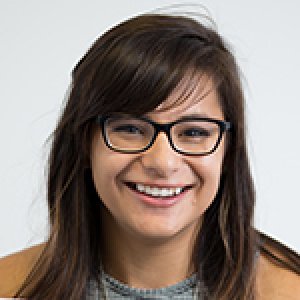 One of the organs affected by this loss of self-tolerance is the brain. The brain disease that results from SLE is called neuropsychiatric lupus, or NPSLE. NPSLE affects up to 70% of patients with SLE and can result in detrimental affects such as depression, anxiety, memory loss, and trouble concentrating.

These effects can greatly lower a patient’s quality of life and even increase chances of mortality. NPSLE is the least understood organ manifestation of SLE, therefore no direct treatments exist. For NPSLE patients, doctors often use treatments such as global immunosuppresants and glucocorticoids to lower inflammation but unfortunately, these treatments are often ineffective and can result in worse neuro-cognitive side effects.

Our research proposal aims to study how individual brain cells can contribute to the brain inflammation causing NPSLE. The brain is largely made up of neurons, astrocytes, and microglia. Astrocytes and microglia work together to maintain an optimal environment for neurons to grow and communicate with each other- which is crucial to normal brain function. However, if astrocytes and microglia become hyperactive, they can directly damage neurons and result in altered brain function.

First, we aim to establish conditions under which astrocytes and microglia isolated from MRL/lpr mice (a lupus mouse model) become activated, and whether or not they are secreting LCN2, a protein that has previously been established as a factor in prolonged activation of these cells. We hope to understand NPSLE at the cellular level as well as to perhaps highlight LCN2 as a potential therapeutic target for the behavioral deficits of NPSLE.