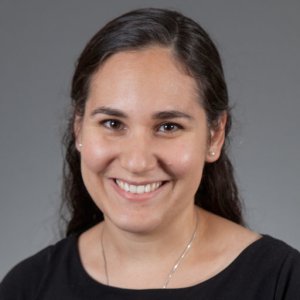 Tamar Rubinstein is a pediatric rheumatologist and an Assistant Professor in Pediatrics at the Children’s Hospital at Montefiore/ Albert Einstein College of Medicine with a clinical and research interest in improving the lives of children and young adults with Systemic Lupus Erythematosus (SLE). Her research is focused on better understanding neuropsychiatric SLE and mental health in youth with SLE and has been supported by the Lupus Foundation of America, the Rheumatology Research Foundation, and the Childhood Arthritis and Rheumatology Research Alliance (CARRA). Currently she directs the pediatric arm of the Einstein Lupus Cohort. She co-leads the CARRA’s Mental Health Workgroup and currently serves on the American College of Rheumatology’s Government Affairs Committee. Dr. Rubenstein is a member of the Lupus Foundation of America Medical-Scientific Advisory Council. She is the 2015 recipient of the Gary S. Gilkeson Career Development Award.

Project Summary:
Diagnosing brain disease in pediatric systemic lupus erythematosus (pSLE) is very challenging: for the two most common manifestations of central Neuropsychiatric Systemic Lupus Erythematosus (cNPSLE), mood disorder and cognitive dysfunction, wide ranges in prevalence are reported, little is known about the burden of disease directly caused by pSLE, and there are no current easy tests to aid diagnosis.

We propose to 1) screen a group of pSLE patients and patients with another chronic disease that does not affect the brain, JIA (or Juvenile Idiopathic Arthritis), to determine how often pSLE patients are affected with these symptoms; 2) to investigate a new marker, S100B, that when found in blood can show dysfunction of the protective barrier of the brain (called the blood-brain barrier) as a possible screening tool to pick up these forms of cNPSLE; and 3) to compare the performance of S100B with other possible markers.

We hypothesize that pSLE patient have a higher prevalence of mood disorder and cognitive dysfunction than JIA patients and that S100B levels are associated with these manifestations in pSLE, but not in JIA. If S100B associates with mood disorder and cognitive dysfunction in pSLE, this may allow doctors to identify patients for specific therapies earlier in their disease, and may ultimately prevent lasting psychological or cognitive disability in pSLE patients.