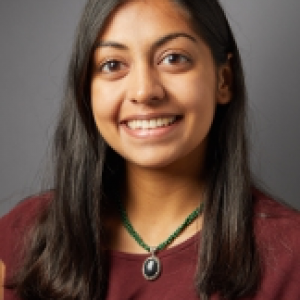 Project Summary: Systemic lupus erythematosus (SLE) is highly heterogeneous disease characterized by a break in B cell tolerance as evidenced by the production of many autoantibodies. In addition, SLE patients also display an altered IgG+ memory B cell compartment that contains Ig variable heavy chain (VH) 4- 34 gene segment-expressing clones, which display intrinsic self-reactivity towards I/i carbohydrates on the surface of red blood cells and are virtually absent in IgG immune responses in healthy donors (HDs) or other patients with autoimmune diseases.

A recent analysis revealed that the presence of unmutated or weakly mutated VH4-34 antibodies correlated with flares in SLE patients but the antigens recognized by these clones remains unknown. There is a growing body of evidence linking dysregulation of the microbiome to pathogenesis in SLE, where past studies have shown decreased species diversity in favor of greater representation of certain species like Ruminococcus gnavus, and have identified pathogenic bacteria such as Enterococcus gallinarum whose translocation leads to autoimmunity in lupus-prone murine models. It has recently been proposed that VH4-34+IgG+ B cells may bind commensal bacteria, suggesting that SLE flares may result from a breach in gut microbiota, which may induce the production of VH4-34+IgG+ B cells from naïve B cells.

Here, we propose to characterize the reactivity of VH4-34-encoded IgG antibodies cloned from memory B cells from patients with SLE and identify the bacteria that they recognize in stool samples from these patients. The reactivity of recombinant VH4-34-encoded antibodies isolated from IgG+ B cells from SLE patients and will be compared to counterparts from healthy donors and assessed on both commensal bacteria isolated from the stool of healthy donors and SLE patients.

These studies may provide greater insight into the role of the microbiome in mediating SLE pathogenesis and identify bacterial entities that may be targeted to prevent VH4-34 antibody secretion and flares in patients with SLE.