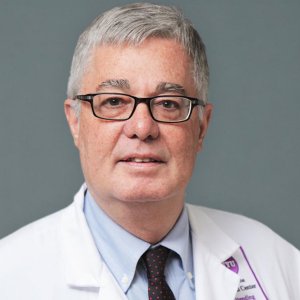 Dr. Franks' initial research in autoimmune disease began in 1979 with a publication in the Journal of Investigative Dermatology on the effects of fibrinogen degradation products on lymphocytes in systemic lupus erythematosus. This was performed under the mentorship of Dr. Dorothy Estes, in the laboratory of Dr. Jane Morse at both Rockefeller University and Columbia Presbyterian Medical Center. In 1982, working under Dr. E. Carwile Leroy at The Scleroderma Center at Columbia Presbyterian, he published in The Lancet on the appropriate use of topical nitroglycerin for the treatment of Raynaud's phenomenon and digital ulcers, receiving international recognition and an Exceptional Research Award presented at the University of Hamburg. In 2012, he added another innovative treatment and published his research in the "Cutting Edge" section of the Archives of Dermatology on the use of botulinum toxin for treatment of aggressive secondary Raynaud's in patients with scleroderma and other autoimmune disease. He was an early advocate, as of the 1980's, of the use of azathioprine in recalcitrant cutaneous lupus erythematosus and published his research in both the Archives of Dermatology as well as the Journal of the American Academy of Dermatology. Dr. Franks’ interest in novel treatments for cutaneous lupus erythematosus has recently led to his introduction of a human monoclonal antibody directed against interleukin 12 and interleukin 23 for the treatment of resistant lupus including subacute cutaneous lupus (SCLE), published in the "Cutting Edge" section of The Archives of Dermatology in 2011. This was followed in 2012 by the introduction and publication in The Journal of Drugs in Dermatology (2012) of the first successful trial of the novel oral small molecule apremilast to be utilized in the treatment of cutaneous lupus erythematosus. He also participated in the early outcome assessment of belimumab, a human monoclonal antibody that inhibits BAFF(BlyS), a breakthrough treatment for systemic lupus erythematosus published in 2012 in Arthritis & Rheumatism.

In the late seventies, working with Dr. Richard Edelson at Columbia Presbyterian Medical Center, Dr. Franks became knowledgeable in the use of photopheresis for T-Cell lymphoma. He then collaborated on the use of extracorporeal photopheresis in the treatment of fibrosis in scleroderma. This research led to one of the first papers on its positive benefit and was published in 1993 in The International Journal of Dermatology. He has recently re-entered fibrosis research and has collaborated with Drs. Bruce Cronstein and Edwin Chan in the NYU Translational Research Department on the effects of the pro-fibrotic cytokines IL-33 and IL-13 and how they modulate dermal fibrosis via the A2A adenosine receptor. This work has been published (2012, 2013) in The Journal of Investigative Dermatology, The Journal of the American Academy of Dermatology, and Arthritis and Rheumatism. As a co-Principal Investigator with the Research Division of NYU Langone’s Department of Radiology, he is also involved in an innovative, breakthrough study to determine therapeutic outcomes in patients with amyopathic dermatomyositis utilizing revolutionary diffusion MRI. Currently he is completing a two part CME article on Raynaud’s Phenomenon and a suggested hypothesis on the pathophysiology of drug-induced SCLE.