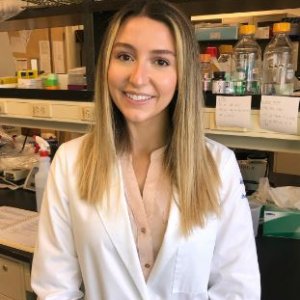 Project Summary: Autoimmunity arises when the body’s own immune system begins attacking itself. The prevalence of autoimmunity is increasing annually and cost roughly $100 billion a year, nearly doubling the economic burden of cancer treatment. Systemic lupus erythematosus (SLE) is a detrimental autoimmune disease with a heavy sex-biased towards women and ranks as one of the top ten causes of mortality in women younger than 65 years-old. Within the immune system, dysregulated B and T cell responses are responsible for generating antibodies that are targeted to self-antigens, called autoreactive antibodies or autoantibodies. These autoantibodies deposit into the kidney, vasculature, and joints which cause inflammation, tissue damage, and ultimately pain and death. Currently, there is no cure for SLE and therefore the physical agony is also accompanied by a life-long treatment regimen.

Current therapies function as global immunosuppressants which leave patients susceptible to live-threatening infections. Thus, there is a need for the development of better therapeutics. In the current grant proposal, we are proposing to examine the role of a highly specific, nucleic acid molecule called microRNA (miRNA) with the ability to regulate protein expression that we believe is contributing to the progression of SLE. We will be using the SLE mouse model to delineate the cell-type specific role of an individual microRNA in autoantibody production and SLE progression. Understanding the cell-specific role of this molecule in SLE pathogenesis holds great promise for generating safe and effective SLE treatments.