There is no easy way to describe Nick Cannon, 32. To say he is a man of multiple talents is an understatement. He’s a successful actor, radio and television personality, comedian, songwriter-rapper, and DJ. He has always welcomed whatever challenges have come his way. But he wasn’t prepared for the biggest challenge he’d face.

In January 2012, he was diagnosed with lupus kidney disease (also called lupus nephritis). He’d experienced symptoms of fatigue and swelling in his knees before a New Year’s vacation in Aspen that worsened while he was there. He thought it might be because of the higher elevation in Colorado, but trouble breathing and pain in his kidneys made him seek medical help. He was hospitalized on Jan. 4, 2012, and tests confirmed the diagnosis.

“It was explained to me that it was an autoimmune disease, and, if I managed it properly and took the proper medicine, that it wasn’t life-threatening,” Cannon says. “I had to be extremely careful, get on the proper diet, get the proper rest, and take care of my body, and I’d be able to fight it.”

For a person used to juggling a dozen projects, it was tough to accept that he needed to slow down. He thought he could get right back to his usual whirlwind work schedule as soon as he started feeling better. “I was constantly struggling with trying to have the same type of endurance and stamina that I had before the diagnosis,” he says, “and that made me have another setback that was even more serious.”

Re-hospitalized in February 2012 with a pulmonary embolism—a clot in the lungs precipitated by his malfunctioning kidneys—he remembers taking 20 or so different medications, including prednisone, a corticosteroid, to suppress the overactivity of his immune system; CellCept®, the powerful immunosuppressive chemotherapy drug; and Diovan®, for the high blood pressure that was endangering his kidneys. He also had to switch to a low-sodium diet for nearly nine months. “No red meat or pork—just fish, vegetables, and fruit,” he says.

Realizing he had to make his health a priority, Cannon left the popular early morning radio show on CBS affiliate WXRK-FM (in New York) that he had hosted since 2009. It was a difficult decision, but he says that, as a result, his “sleeping patterns are better.” No longer on a special diet, he’s still eating fruits, vegetables, some meat, and very little processed food. He exercises five times a week and is down to just a handful of medications, including “a very low dosage” of prednisone.

But that doesn’t mean Cannon isn’t working hard. Quite the contrary. This is a man who always dreamed big and says he knew he was meant to be on stage from a young age. By the time he was playing Hollywood’s comedy clubs at the tender age of 15, Cannon was completely at home in the spotlight.

Cannon truly shines in the realm of unscripted, sketch, and improv comedy. His 15-year relationship with the Nickelodeon network began when he performed as the audience warmup act for Nickelodeon’s All That, a live-action, sketch comedy/variety show featuring short comedic sketches and weekly musical guests. He soon segued to writer—making him the youngest staff writer in television history at the age of 17—and then to series regular and teen favorite. Today, he serves as chairman of TeenNick, helping to develop and create original programming, such as the TeenNick Countdown Show and the TeenNick HALO (“Helping and Leading Others”) Awards, which will air for the fifth year this fall. A variety show featuring an all-female cast is in the works as well.

His love of music has also remained a constant. “Music has always been my passion,” he says. His interest was sparked in part by inheriting musical instruments from his grandfather when he was 8 years old, about the same time he began writing his own songs. Today, 10 years after he released his first, self-titled, album, Cannon is working on new material while shepherding the careers of artists represented by the music division of his company, including the New Boyz, Cory Gunz, the Rangers, School Gyrls, and 4Count.

"I can live until [I’m] a very old man with this diagnosis as long as I take care of myself.”

And that’s not all Cannon has going on. He looks forward to the second season of BET’s reality spoof, The Real Husbands of Hollywood, which he calls “fun—a bunch of friends acting silly.” He has a deal with NBC Networks to develop both scripted and unscripted programming, and he’s enjoying his high-profile summer job as host of the NBC reality competition America’s Got Talent, now in its fifth season. Plans are also in the works for Cannon to revive the Soul Train franchise.

Still, first and foremost, Cannon explains, he is managing his health issues. With no family history of lupus, he was eager for information, and he turned to the Internet to supplement his doctors’ assurances “that I can live until [I’m] a very old man with this diagnosis as long as I take care of myself.” He connected with a community of people who are living with lupus. Friends, including singer Toni Braxton, who has lupus, as well as family members, were there for him, too. “I try to be as optimistic and as hopeful and full of faith as possible. I truly believe those are the things that help. Faith changes things," Cannon says.

“A lot of people told me that I shouldn’t share and I should keep [my lupus diagnosis] private—that it could affect my work and insurance and all that, but I feel like this happened to me so I can be an inspiration, and I can talk about it.”

With all of the support he’s gotten from near and far from those in the lupus community, Cannon says he is a big believer in sharing his experiences with others. “A lot of people told me that I shouldn’t share and I should keep [my lupus diagnosis] private—that it could affect my work and insurance and all that,” he says. “But I feel like this happened to me so I can be an inspiration, and I can talk about it.”

Toward that end, he created a Web series called The NCredible Health Hustle that charts his experiences, from diagnosis to doctor visits to going back to work. He plans to develop those videos into a full-length documentary. He’s also become involved with kidney- and lupus-related organizations such as the Lupus Foundation of America, and he says he enjoys “being able to be that voice and use my celebrity for the proper awareness.” Cannon says he realizes that most people are uninformed about lupus, just as he was when he was diagnosed. “It’s a disease that can attack people differently. Everyone’s experience is different,” he says. “It’s a disease that people live with every day, and the more education and research that we get on lupus, the better off we will be.”

And as he navigates the twists and turns of his life with lupus, Cannon is clear about two of his top priorities: daughter, Monroe, and son, Moroccan. Fatherhood, he says, “gives so much more meaning to your life. It allows you to put everything into proper perspective. Things that used to be important to me are probably no longer that important, and [ I ] value each day more and more.”

Career-wise, Cannon says he is determined to “affect culture and leave my mark on this world when I’m no longer here, and leave it a better place.” Besides America’s Got Talent airing on NBC, he has the Incredible Crew sketch show, which he produces, on the Cartoon Network (for which he also wrote the musical theme); the film School Dance (which he wrote, produced, and directed), due for release late this year; and the second season of BET’s unscripted comedy Real Husbands of Hollywood, on which he’ll appear in the fall.

He’s also working on a comedy special for Showtime, tentatively slated for late summer. “I talk about my lupus nephritis quite a bit in the show,” he reveals. “It’s therapeutic for me, to be able to talk about dealing with it.” Cannon’s advice to those newly diagnosed with lupus? “Get as much education on the disease as possible. That helps build your self-esteem and your confidence. The more you know and the better you take care of yourself,” he says, “the easier it is to deal with.”

Above all, the entertainer wants those with lupus to stay encouraged that hope is within reach. A cure for lupus, Cannon says, “would mean the world to me—the miracle that everybody in this fight is working towards.”

Nick Cannon on living with lupus

After participating in the Lupus Foundation of America's Washington, DC Walk to End Lupus Now event on April 19, 2014, along with 4,000 other people, Nick sat down for a brief interview to discuss how he is living with lupus. 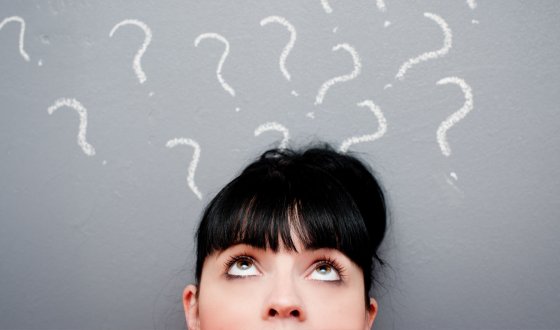 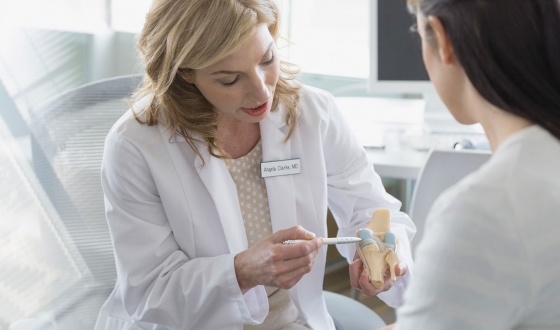 We were the first organization to fund research, and we've driven every major milestone since. Join our efforts to help researchers find a cure.

Get our emails for the latest news and resources.