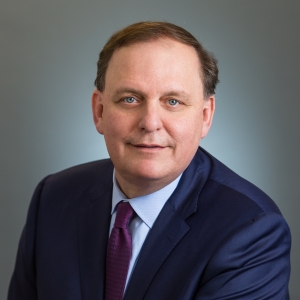 Stevan W. Gibson joined the Lupus Foundation of America in August 2017 and was named president and CEO in October 2018. Gibson oversees the senior management of the organization and is responsible for carrying out the Foundation’s mission, organizational growth and strategic framework, including research, advocacy, care services, and development.

Gibson is committed to advancing medical research on lupus, helping stimulate the development of an arsenal of new treatments, improving early diagnosis of lupus, and providing expanded support services that people with lupus depend on to manage the life-altering impact of this mysterious and unpredictable autoimmune disease.

Gibson is a creative and visionary tri-sector leader with strong executive management experience in private, public and social sectors, including nearly 20 years with The ALS Association (ALSA) where he served most recently as Chief Mission Strategy and Public Policy Officer. In his tenure with ALSA, Gibson established the association’s Capital Office in 1997 and helped lead efforts to secure ALSA as the preeminent ALS advocacy organization in the United States.

Through Gibson’s leadership, ALSA succeeded in more than quadrupling annual government funding for ALS research. Gibson also coordinated ALSA’s efforts to establish and develop a National ALS Registry at the Centers for Disease Control and Prevention and an ALS dedicated research program at the Department of Defense. In addition, he led efforts that resulted in Congress waiving the 24-month Medicare waiting period for people disabled with ALS, the only time Congress has amended the waiting period. Gibson also was instrumental in working with the Department of Veterans Affairs (VA) to create a presumption of service connection for ALS, enabling military veterans with the disease to receive the highest level of VA benefits.

Prior to joining ALSA, Gibson worked in the White House Office of Intergovernmental Affairs in the George H.W. Bush Administration where he conducted outreach to the nation’s governors. He also has experience consulting with global corporations and serving other national and governmental organizations, including as Press Secretary for the Treasurer of the United States, and with Pharmaceutical Research and Manufacturers of America (PhRMA).